Requirements for the major are as follows:

Internships, independent studies, and the senior thesis cannot be counted toward the 10-course major requirement.

There are also specific guidelines for the economics senior thesis, which is one of the requirements for a degree with Honors in Economics.

The following courses are NOT required for the economics major but are recommended as preparation for graduate study in economics:

Students who use credits to satisfy the 180.101 Elements of Macroeconomics and 180.102 Elements of Microeconomics requirements must take additional courses to reach a total of ten courses in the department (or DUS-approved transfer or study-abroad courses; see below) to complete an economics major or six courses for the minor.

For study-abroad course transfer credit, see the DUS prior to studying abroad. Courses taken abroad count toward the major only if approved by the DUS.

All transfer courses from outside institutions need to be approved by the DUS. The following general guidelines govern our policy:

Math Tutorial for Elements of Macro and Micro 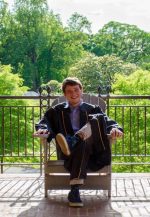 Economics is broader than you think: there are many different focus areas apart from finance. Take classes you are going to enjoy and that will expand your horizons.