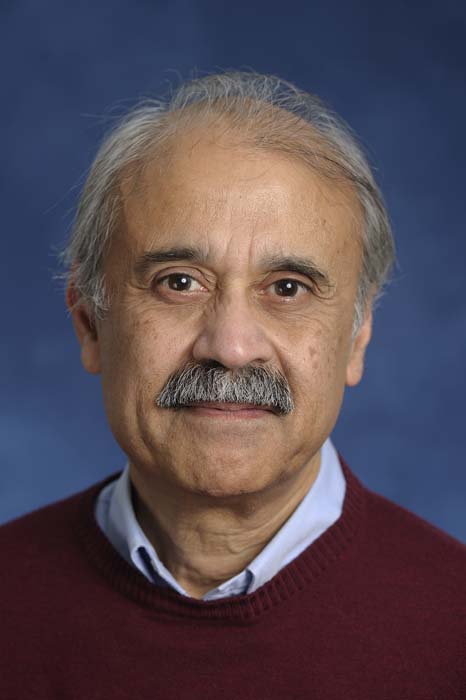 I continue to be conflicted by the qualitative-quantitative divide in what the French call les sciences humaine et sociales: the consonance and the dissonance between the languages of mathematics and those of the everyday. This divide can perhaps also be expressed as a conflict or a compromise between two movements: an upward movement characterizing mathematical economics whereby  a loose everyday intuition can be given a precise formal meaning, one that may or may not be refutable with statistical data; as opposed to  a downward movement characterizing applied theory (in the modern vernacular) whereby the hypotheses and the consequences of a  theorem can be interpreted, described  and pushed further in everyday English usage with or without statistical data.

With this preamble, let me say that I continue to pursue interests in economic interaction over time and with uncertainty, as formalized in Walrasian general equilibrium supplemented by von-Neumann and Ramsey, and the broader interests of Paul Samuelson; and thereby in contexts in which the tension between the personal and the impersonal, and the meaning of information   can be interrogated. Interests  in models with a single agent, be he/she representative or not, as well as those with a finite number and a continuum, situations in which an individual agent is "numerically negligible" but is nevertheless influenced by actions, or summary statistics of actions, of all other agents in the society or collectivity, a game, of which the individual is part,  and where individual and social outcomes are uncertain.  These interests, in so far as they crystallize in problems of  family, education, population and the environment,  have led me to consider the robustness of disciplinary boundaries, and more broadly, to the relationship between economic development and cultural change. To me, this subsumes the question of how markets handle, or fail to handle, basic (positive versus normative (?)) issues of resource allocation; and has thereby led me to the theorists of the Scottish Enlightenment, to the  American transcendentalists, and to historians of art.

My interests in literature and  epistemology are complemented by those in mathematics, where I work with methods of nonstandard analysis (Loeb spaces), nonsmooth analysis and optimization (Mordukhovich-Ioffe cones), chaotic dynamics and stochastic processes (law of large numbers with a continuum of random variables).

"The KKM lemma and theorems of Fan and Browder: Some equivalences and their generalizations," (co-authors: R. P. McLean, M. Uyanik), Linear and Nonlinear Analysis 7 (2021), 33-62.

Work Forthcoming and Under Evaluation:

"The continuity postulate in economic theory: a deconstruction and an integration," (co-author: M. Uyanik), Journal of Mathematical Economics.

Book review of "The Wisdom of Finance," by Mihir Desai, Journal of the History of Economic Thought.

Economics 318 -- Economics in/of the 18th Century:
This seminar traces the extent to which theory, particularly as it pertains to exchange and trade and to economic development, is grounded in and responds to 18th-century texts. The interdisciplinary nature of the writing and its implications for epistemological questions in economics will be emphasized. Students in the humanities and social sciences are welcome. Prerequisite-102 or permission of instructor.

Economics 347 -- Macroeconomic Thinking, 1936-2020, Evolution or Devolution?:
This course, taught jointly with Professor Robert Barbera, charts a narrative for the evolution of macroeconomics from its very initiation to its present formulation in a way that is sensitive to issues of principle and of policy, and without becoming totally subservient to the disciplinary boundaries within which the problems are formulated and studied. Rather than macroeconomics as a subject that takes its shape in current conventional texts, the focus of the course shall be how it got there. As such, it touches on the development of ideas and intellectual history.

Economics 403 -- The Family in Economic and Anthropological Discourse:
This seminar course, jointly taught with Professor Veena Das, views the family as an institution that sits at the cross-roads of the legal and the economic, and explores it as a decision-making entity for the atemporal and inter-temporal allocation of resources, including decisions pertaining to fertility as well as those that relate to it constituting and dissolving itself. Rather than dividing up the course into separate disciplinary sections – anthropology, economics, philosophy – we consider how family, economy and polity shape each other in the allocation of resources.

Economics 609 -- Mathematical Thinking and Reasoning in Economics:
This course has twin objectives. First, a grand one of developing an appreciation of the process of theorization: how a theorem is developed, has a history, and is a response to some problematic, and as such, grounded in historical time. Thus, particular attention will be paid to the formal mathematical expression of ideas. The second is altogether concrete: how to speak, read or write. As such,  in so far as speaking, reading and writing are projected onto the objectives of this course, they presuppose a desire and ability for abstract reasoning. Beyond this, to the extent that we shall be moving from register to register, and merging registers, there is a constant appeal and sensitivity to inter-register, or rather interdisciplinary, movement.

Economics 614 -- Mathematical Economics:
The mathematical theory of general static equilibrium. The course will emphasize the formal mathematical expression of economic ideas and the ability to give a loose economic intuition a coherent logical meaning. Different mathematical structures in general equilibrium theory will be isolated and discussed. Prerequisites: 180.601-602 or permission of instructor.

Economics 616 -- Mathematical Methods II: Dynamic Optimization:
This course, taught jointly with Professor Chris Carroll, on the mathematics of dynamic optimization in both continuous and discrete time models is focused on “techniques of dynamic programming and the calculus of variations.” The first part (Khan) covers, on the one hand, Pontryagin’s maximum principle and the affiliated Euler-Lagrange conditions in the calculus of variations; and on the other, the basic tools of deterministic and stochastic dynamic programming. The course will be self-contained from the technical point of view but will presuppose the requisite level of mathematical maturity.

Economics 617 -- Topics in Mathematical Economics:
The subject matter of this course will vary from year to year, according to the interests of the instructor. Such topics as convex analysis, functional equations, and non convex global optimization may be studied. Prerequisite: permission of instructor.

Economics 627 -- Economic Development:
A review of experience in less-developed countries (LDCs) since 1945, theories of development, economic planning in the LDC context, and models of the development process. Corequisites: 180.601, 180.603.

Conference in Honor of M. Ali Khan on “Mathematical Economics – Theory and Language”

Advanced Microeconomics at the New School

Program in Islamic Studies: Advisory Board

The Arrighi Center for Global Studies: Faculty Advisory Board