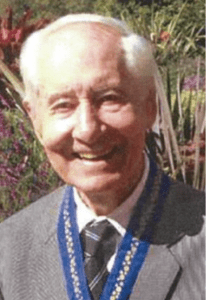 Dr. Murray Kemp, a 1956 Ph.D. of the Economics Department, passed away at age 95 in September. Dr. Kemp was a pre-eminent economic theorist, internationally recognized for his contributions to international trade. His Ph.D. thesis was supervised by Evsey Domar and he spent most of his academic career at University of New South Wales.

He held many distinguished visiting positions, including those at the University of Minnesota, University of Essex, University of California at Berkeley, Columbia University, as well as positions as MIT, the LSE, the Institute for International Economic Studies, and the Hebrew University of Jerusalem. He was an elected Fellow of the Econometric Society and a Distinguished Fellow of the Economic Society of Australia. Murray is survived by his children (Fenn and Nadia), his children in law (Laura and Dominic) and four grandchildren (Madeline, Daniel, Darcy and Harry). He is predeceased by his wife (Thérèse) and younger brother (Dr Donald Kemp). A memorial service will be held once the Sydney lockdown has been eased.