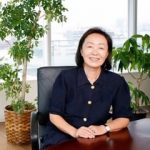 Dr. Mieko Nishimizu is an economist by training, a banker by profession, and a “leadership mentor” by passion.

Mieko received her Ph.D. from Johns Hopkins in 1975 under thesis advisors Carl Christ and Charles Hulten. Her professional career began as an academic at Princeton but was facilitated by a sabbatical year she spent at the World Bank. “I had neither studied development economics, nor knew anything about the World Bank,” says Mieko, “but a good salary for a year of research was just too good to refuse.”  She left Princeton in 1980.

Dr. Hollis Chenery, a renowned economist who was then the World Bank chief economist and vice president for policy and research, attached one condition to his offer. Mieko was required to visit at least one developing country, to see for herself what poverty was all about. In a visit to Cairo, she witnessed a young girl dying of simple diarrhoea and dehydration, an entirely preventable death that could have been treated with a homemade solution of sugar, salts and water.  Mieko understood instantly what killed her. “Bad governance. Leadership who doesn’t give a damn about the common people” says Mieko. She bid farewell to the academic life and joined the World Bank and its fight against poverty.

Fighting bad governance and nurturing good leaders became the hallmark of Mieko’s World Bank career. “I benefited from the wisdom of outstanding leaders, from all walks of life: village elders, farmers, women of city slums, prostitutes turned social workers, NGO activists, business leaders of social conscience, journalists, students, professors, and even a few generals, parliamentarians, ministers, and presidents… They were my teachers.” She discovered the importance of leadership and a passion to enlist others to join their cause.

Mieko aimed to transform the bank’s bureaucratic culture to one that serves the poor and focused her work on nurturing leaders among her staff, taking them wherever she was assigned and to live the life of the poor people for a week or two at a time. “Who are the World Bank’s customers? The poor people. Certainly not those who walk the corridors of power.” She formed a program known as the Village Immersion Program, a witty pun on VIP.

She continued her change leadership work as the vice president responsible for South Asia and won acclaim among notable Business School professors and other management experts. Dr. Peter Senge of MIT’s Sloan School of Business, and the founder of Society for Organizational Learning, refers to her case in his best-selling classic, The Fifth Discipline – The Art & Practice of the Learning Organization, which the Financial Times called “one of the five greatest business books of all times.” Mr. Ron Ashkanas, a leading management consultant to CEOs on organizational transformation in Europe and America, details her case in The Boundaryless Organization – Breaking the Chains of Organizational Structure, which won the Executive Leadership Award.

Mieko left the Bank in 2003, leaving a major mark, including the Village Immersion Program, and her career at the bank was documented by their Oral History Program. Since 2003, she has continued her passion of nurturing good leaders, in her various capacities, advising leaders in politics and business globally, and through her popular columns and numerous lecture series in Japan. She continues to reside in Washington with her husband, Mr. Wickham, but spends a good deal of time doing her writing work at her second home in British Virgin Islands. She commutes to Japan and to the Kingdom of Bhutan that “refuses to let me go,” and telecommutes to the world, thanks to the internet age. 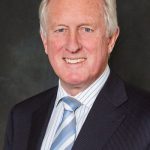 John Hewson (Ph.D, 1974) is still very busy. Since ending his political career, having been Leader of the Liberal Party of Australia and the Federal Opposition in the mid-1990s, he has performed a multiplicity of roles in academia, business, charities, foundations and not-for-profits, and in the media. In academia, the key roles have been as Dean of the Macquarie Graduate School of Management, and is currently Professor and Chair, Tax and Transfer Policy Institute, in the Crawford School of Public Policy, at the Australian National University, and a Professorial Fellow/ Adjunct Professor at four other Australian Universities. In business, he has chaired or been a director of companies in banking and finance, insurance broking, gold mining, manufacturing, tourism, various technologies, soccer and super cars, and in many projects in climate/renewables, currently large scale solar thermal, heat and battery storage, and bio-energy. His not-for-profits range from academia, to osteoporosis, various disabilities, cemeteries, the Australian Olympic Committee, the Asset Owners Disclosure Project, and a number of advisory boards. In the media, he has regular weekly commitments in TV, radio, and writes a couple of columns per week. He was made a Fellow of the Academy of Social Sciences Australia last year. 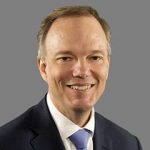 Paul Decker, President and Chief Executive Officer – Mathematica Policy Research (MPR), is a nationally recognized expert in policy research, data analytics, education, and labor policy. Decker received his PhD in economics from Johns Hopkins University in 1988. For three decades, he has been working to improve public well-being through the use of evidence to improve programs and policy. As president and CEO of Mathematica Policy Research, Decker sets the company’s vision and strategy, oversees its operation and management, and shapes its values and standards. During his tenure as CEO, Decker has expanded and diversified the company’s operations and maintained its commitment to rigor and objectivity in new and evolving areas of research and analysis.

Decker is a past president of the Association for Public Policy Analysis and Management and has co-chaired the organization’s strategic planning committee and served on the policy council. He writes and speaks regularly on trends in the policy research field, including the emergence of Big Data and its impact on public program evaluation and management. Decker chairs the government relations committee of CEO Connection, and has testified before Congress, served as an expert adviser to both the U.S. and Canadian governments, and published widely in peer-reviewed journals.

Decker also serves as chair of development on the board of advisers of the Thomas Jefferson Public Policy Program at the College of William and Mary, his undergraduate alma mater. 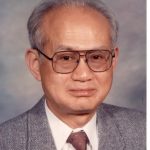 Takeshi Amemiya, the Edward Ames Edmonds Professor of Economics (emeritus) and a Professor of Classics at Stanford University, received his PhD from Johns Hopkins University in 1964. Amemiya is a fellow of the Econometric Society, the American Statistical Association, and the American Academy of Arts and Sciences. He has written numerous influential papers in econometrics and a widely used textbook in econometrics. He also advised many world-class econometricians, including Cheng Hsiao (1972), James Powell (1982), Han Hong (1998), and Victor Chernozhukov (2000).

S. Brock Blomberg, Dean of the Robert Day School of Economics and Finance at Claremont McKenna College, Claremont, California, was named by the Ursinus College Board of trustees as the college’s 17th president. Blomberg received his PhD from Johns Hopkins University in 1994 and is one of the foremost experts on the economics of violence, extremism, and terrorism. He has published over three dozen articles in peer-reviewed economic journals, including the American Economic Review. Before joining Claremont McKenna, Blomberg held positions at the Federal Reserve Bank of Boston, the Federal Reserve Bank of New York, the Board of Governors, the International Monetary Fund, Wellesley College, and Harvard University and was a senior economist on the Council of Economic Advisors. He also spent eight years in the United States Army. 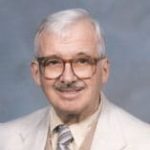 John Chipman, the Regents’ Professor of Economics Emeritus at the University of Minnesota, received his PhD from Johns Hopkins University in 1951. Chipman’s research spans international trade, econometrics, and welfare economics. He is one of the foremost authorities in the history of economic thought alive today. Some of Chipman’s most influential works include, “A survey of the theory of international trade,” “External economies of scale and competitive equilibrium,” and, “The foundations of utility.” He has received numerous awards and fellowships and is an elected fellow at the Econometric Society, the American Statistical Association, the American Academy of Arts and Sciences, and the John Simon Guggenheim Memorial Foundation. 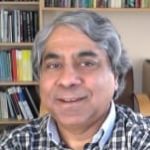 Rajiv Vohra is the Ford Foundation Professor of Economics and former Dean of the Faculty at Brown University. After receiving his PhD from Johns Hopkins in 1983, he joined Brown as an assistant professor, became a full professor in 1989, and served as the dean from 2004 to 2011. Vohra’s work in economic theory ranges widely and continues to gain in influence and impact. He has written on general equilibrium theory, cooperative and non-cooperative game theory, and information economics and implementation theory. He has served on the editorial boards of the International Journal of Game Theory, the Journal of Mathematical Economics, and the Journal of Public Economic Theory. In 2013 he co-organized a conference in honor of Ali Khan.

Min Zhu, the Deputy Managing Director of the IMF, received his PhD from Johns Hopkins and taught in the university’s Policy Institute in the early ’90s. Before joining the IMF, he was Deputy Governor of the People’s Bank of China. He was responsible for international affairs, policy research, and credit information. Prior to his service at China’s central bank, he held various positions at the Bank of China where he served as Group Executive Vice President, responsible for finance and treasury, risk management, internal control, legal and compliance, and strategy and research. He has studied a wide range of macroeconomic management, financial regulation and supervision, and financial market issues. In 2013, Zhu joined the Advisory Board of the Center for Financial Economics.