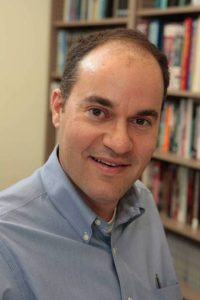 Matthew Kahn, an economist with expertise in urban and environmental economics, will join Johns Hopkins in Fall 2019 as a Bloomberg Distinguished Professor with a joint appointment in the Department of Economics and the Carey School of Business.   He will also serve as Director of the Johns  Hopkins 21st Century Cities Initiative, a university-wide initiative intended to support research and policy in the cities of the U.S. and the world.