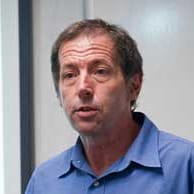 John Quiggin, the Hinkley Visiting Professor for 2011 published an opinion piece on the European crisis in the New York Times of November 9. Professor Quiggin placed much of the blame for the crisis on the restrictive policies of the European Central Bank, and particularly its outgoing president Jean-Claude Trichet.  Quiggin argued that the ECB had focused on the goal of constraining inflation at a time when the very existence of the euro was under threat, and that Trichet had repeatedly blundered, for example by rising interest rates when the debt crisis was under way. Quiggin commended the incoming President Mario Draghi for reversing Trichet’s interest rate increase, but argued that much more needed to be done, starting with a large-scale program of quantitative easing similar to that adopted in the United States.